Several weeks had gone by and still no curse was in evidence. Topcat joked that perhaps Panther was the curse at the rate she was eating all the food in Atlantis the rest of the inhabitants must surely starve soon.
One day as Panther was eating her bouillabaisse she complained. "Hey this soup is like ice its not supposed to be gazpacho." Topcat knew something was wrong as his freshly brewed catnip tea was actually icy. They, could barely see out the windows as they were heavily frosted, but when they did they saw dozens of Ice Monsters radiating chill.
"Well that's the second curse." Panther proclaimed.
She was ready to rush out the door with saber and Uzi in paw.
Topcat halted her."Wait Panther, we we do not have Spooky here, except perhaps in spirit. She was always the thoughtful one. Now we must we must think this through before we act rashly."
Topcat carefully chose what weapons and equipment to use against the Ice monsters. Despite Panthers's protests that her woolly fur was enough protection they both donned cold weather gear. After exiting the ship they soon encountered the monsters. Panther charge the first monster emptying her .45 pistol into the horror. This did little more than chip the creature. Panther then attacked it with her saber.
"Use the flame thrower!" Yelled Topcat and following his own advice he began hosing them down with flame. Panther followed suit and began melting monsters. Soon however the weapon's tanks were emptied. The daring duo retired to the relative safety of the ship.
Once on board the Catavenger they planned the next step in their campaign. 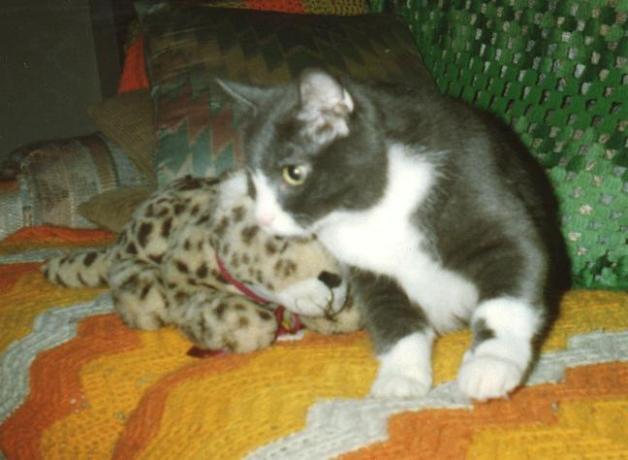 "Those flamethrowers worked quite well however there are still hundreds of Ice Monsters. I wish you had bought more than the two weapons at the arms bazaar." Panther said.
"I bought the only two they had Panther, besides if wishes were fishes we all should have fish." With that remark Topcat winked his one big green eye at the sardine who was shivering miserably in a large glass bowl on the ward room table. "This is enough to make me rethink being a pacifish... er... I mean pacifist." Replied the little fish.
As they thus converse, the ships engineer Spott entered. He explained to them that in their absence the Ice Monsters had attacked. The particle beam weapons had frozen up and were thus useless. the crew had improvised by loading the shotguns with rock salt and melting the monsters they had better luck though using the Molotov cocktails Tibererius (the ship's cook) had made from the powerful Atlantean pot sheen. Spott had modified the golf ball bazooka to shoot fire balls and had blasted the foe. Topcat was happy to hear that we did have some weapons capable of defeating the enemy and congratulated Spott on showing such initiative.
Topcat organized the crew and Atlantean volunteers into squads to combat the Ice Monsters. Engineer Spott commanded one squad and personnally wielded the bazooka against the creatures. Topcat and Panther bearing the flamethrowers each commanded a squad. The crew and volunteers were armed with shotguns and firebombs. The squads engaged the frosty enemies and began melting them. I stayed aboard ship bundled in blankets with the excuse of guarding the sardine and attempting to keep his water warm. "Brrr Brrr." The poor fish shivered.

Panther laughed in the face of the cold being radiated by the monsters as she melted them. Soon her enemies were water.
Spott and crew were having equal success. "Ach 'tis no colder than the north pole." He said referring to a previous adventure. He blasted the monsters to chips with the bazooka. The crew blasted away with shotguns with some success. The Molotov cocktails worked even better. The creatures were thus either melted or reduced to harmless ice cubes. 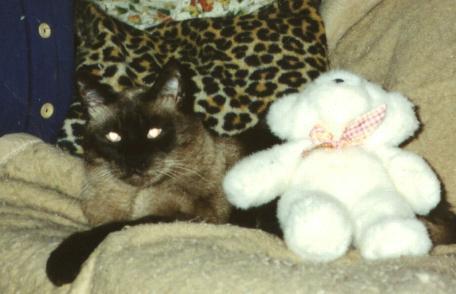 Topcat's group however were mostly Atlanteans and they developed a taste for the Molotov cocktails, drank the ammunition and ran off leaving the captain and a handful of crew alone. When the few crew members ran out of bombs and shotgun ammo. Topcat ordered them to retreat and valiantly faced the enemy without aid and melted them. When there were still six ice foes left the flamethrower quit. It was out of fuel. Topcat then pulled an ice pick from his boot and continued to fight them. Out numbered and alone our feline hero defeated the last Ice Monsters, reducing them to chipped ice. All the Ice Monsters were thus defeated while the crew and Atlanteans suffered no injury worst than frostbite.
Then came the mopping up operation. Literally that is; someone needed to mop up the puddles left by melted monsters. That someone was I, along with a few hung over Atlantean "volunteers." Topcat had "encouraged" them to volunteer at sword point!
As we thus armed with mops and buckets cleaned up, the sardine tested the water left by melted monsters.
"Yuck this is fresh water!" It complained swimming in a bucket. "Try this;" I said and dumped him (?) into another bucket this one heavily salted by the residual rock salt ammo. " Glub." The happy fish replied. Thus things in Atlantis slowly returned to normal. 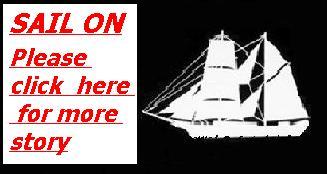